Great work done in Uruguay to support triathlon in the region

The city of Montevideo in Uruguay hosted several events from March 6th until the 18 th to promote the development of young athletes in America envisioned to 2018 YOG, but with a long-term development view by organizing the following activities:

This training camp was the second of its kind. Remember that in December 2016 the first Youth Camp took place in Buenos Aires, Argentina relevant to this camp since the best athletes there were selected to invite them - all paid - to this second camp held in Montevideo in order to continue working on their long term developing plan.

This camp began on March 6 th and culminated on March 17t th  and had a participation of 14 athletes and 6 coaches from 7 countries who were coordinated by Javier Mon during 12 days. 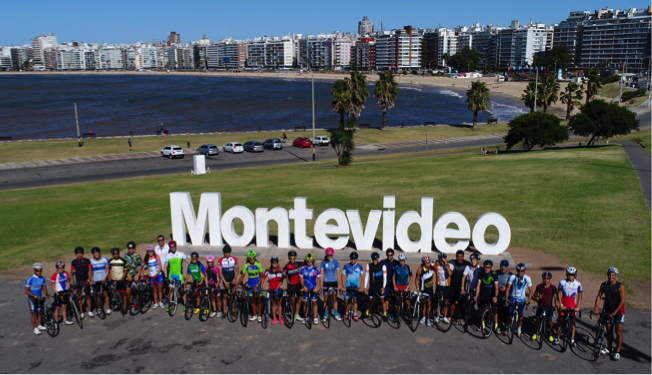 After having conducted various training sessions, heard talks given by WADA staff on anti-doping control issues and having competed in a Super Sprint distance triathlon for each category; it was possible to conclude that the athletes registered an improvement in their marks compared to December´s first camp. 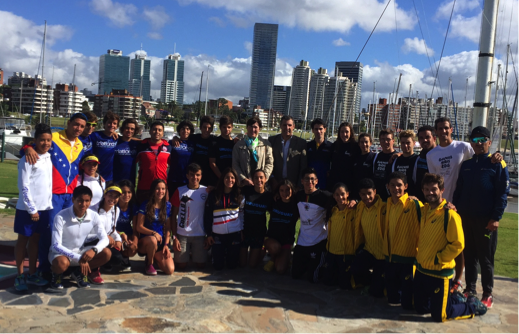 Coaches worked mainly on topics such as methodology and planning, as well as the importance of basic development and technical skills. 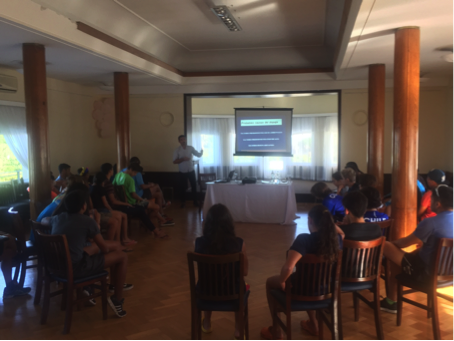 The following charts show comparative tables with the average results obtained in both camps in 400 meters of swimming and 1.5 kms of running for both men and women. The improvements obtained demonstrate the great work done by the coaches once they got back home by applying the knowledge acquired in the camp, especially in swimming. 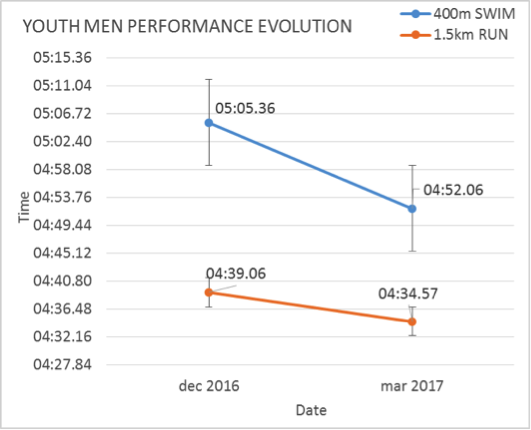 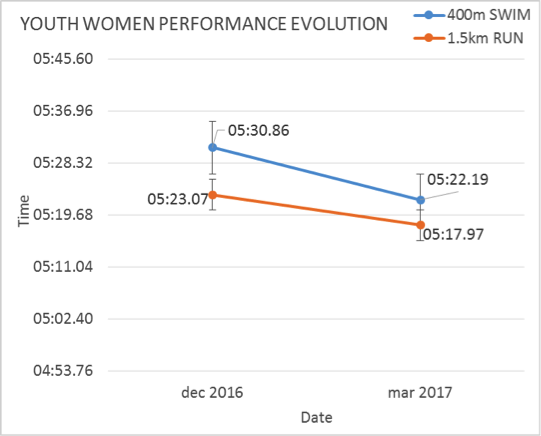 The Camp finished activities on Friday 17th with Marisol Casado´s visit - ITU President and Member of the International Olympic Committee,

On March 16th and 17th, the Spanish facilitator Jorge García offered the ITU Level 1 Technical Officials Course to 25 participants from Argentina, Brazil and Uruguay. All took advantage of the Iberoamerican Championship occurred the following days to practice and apply what they have learned. Remember that some of the objectives to reach under the Officials pillar were to increase the number of qualified officers at all levels and increase as well the number of training programs provided certified by the ITU and we are already working to achieve these goals. 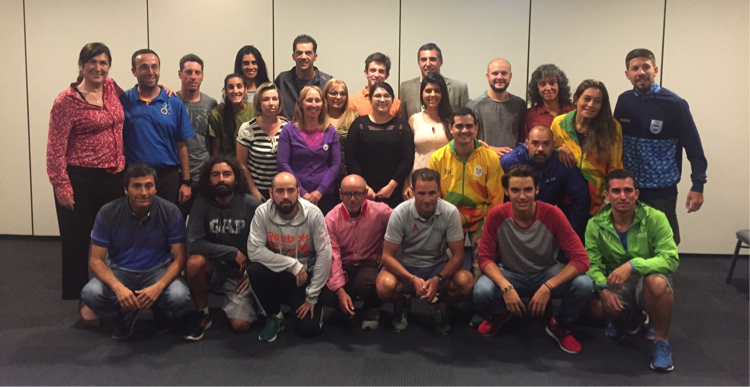 On Saturday, March 18th and taking advantage of Marisol Casado´s visit, the Iberoamerican Triathlon Association Congress was held with the participation of 15 countries.

One of the most important topic of the Congress was the presentation of the UVI - the Americas Virtual University of Triathlon - made by the President of the AIT and the Spanish Triathlon Federation, José Hidalgo. The UVI is a virtual platform that will become a very important tool to contribute to the development of our sport in the continent. Some of the services offered will be:
• Online courses
• Virtual library
• Discussion forums and tutorials

The UVI was created to become a mandatory stop for consultation, but also a virtual space through which we can promote and enhance actively participation by sharing opinions, experiences and success stories. 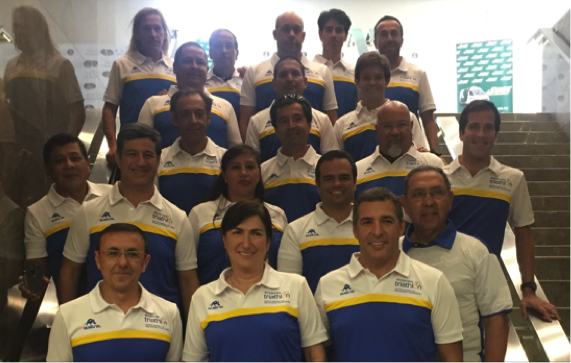 It was the first time that an international event was held in the city of Montevideo, event which had such success that a formal commitment was made to organize it again for the next 3 years, thanks in part to the incorporation of Montevideo´s Municipal Intendance to the official events of the city, thus covering the Olympic cycle. This fact is of great relevance to the region as it offers an alternative in the southern cone of a quality competition, well organized and in a safe environment.

b) Iberoamerican and South American Triathlon Championship: With a start list of 44 men and 20 women on a perfect weather day, the Sub23 and Elite competitions were held, where the Iberoamerican winners were Brazil, Argentina and Mexico in the men side and Spain, Mexico and Ecuador in the women side.

c) South American Youth Championship: These athletes made history since it was the first Youth Championship held in America. This event was attended by all participants of the Youth Camp (held in previous days and mentioned above from where the first 3 places came out) as part of their preparation process to the Buenos Aires 2018 Olympic Games, in addition to other athletes who did not attend the camp. 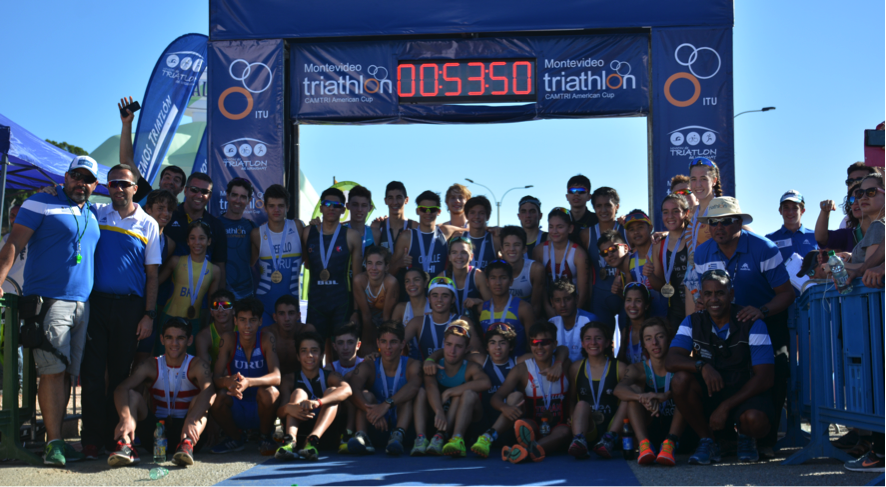 World Triathlon is proud to launch the Virtual Open Hours for National…
7th November 2021, still feels like yesterday and the memory of the 2021 World…
The elite fields were stacked heading into the race finals of the 2021 Europe…
more news →