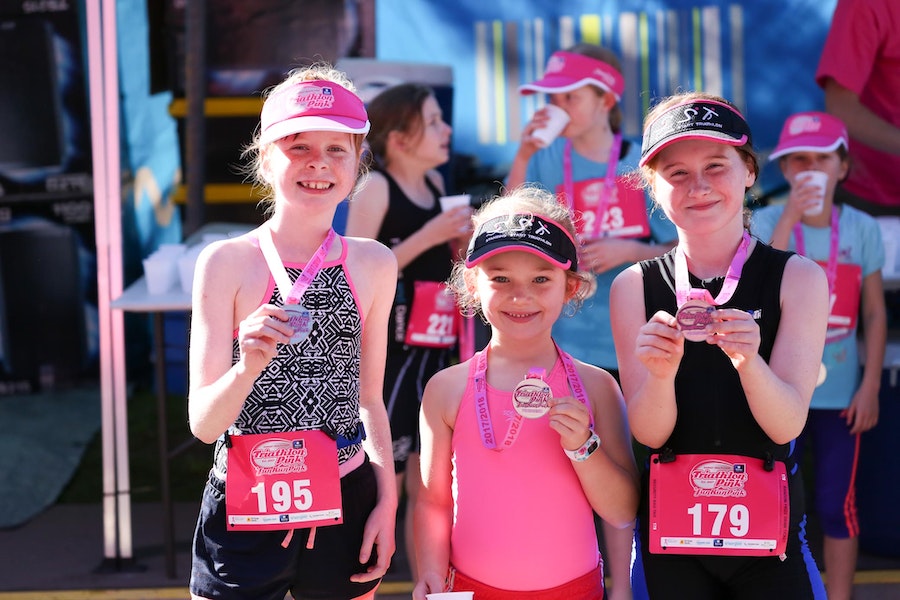 One of the case studies that the Women’s Committee wants to bring some attention to is the growth of the female presence in triathlon in Trinidad & Tobago during the last years. Between 2013-2017, female participation in the sport has increased by 83%.  The growth of women in leadership roles within the sport is also encouraging.  Today, 57% of the TTTF executive committee is female with 43% being male. Additionally, there is marked increase in the number of female coaches.

When the sport started in Trinidad & Tobago, back in the 1980’s, there were no development athletes and only a very few female swimmers participating in triathlon.  Two women were household names in the sport during this period: Diane Henderson and Jacqueline Jodhan.   With few women competing in the sport, these ladies dominated the sport. Diane still competes today and she is also a level 1 Technical Official.  She continues to contribute to the sport by assisting at events where she gets to impart her knowledge to athletes who are relatively new to the sport and issue warnings and penalties to the more experienced competitor.

Four years ago, the Trinidad & Tobago Triathlon Federation (TTTF)  saw the need to increase the number of young athletes in multi-sport and increase female participation. This desire gave birth to the schools multi-sport series.

Today the TTTF can boast of a thriving school series with an almost equal amount of girls and boys.  This job of achieving an equal number of female to male participation has been a tough one.  What has been even more challenging is the retention of girls in the sport.  While there has been a marked increase in the number of female participation in the sport, there has also been a significant drop out or withdrawal among female participants in their teenage years. The TTTF recognizes the need to identify key reasons (practical, psycho-social and individual sport specific) for this, and to identify further interventions to shape a new future.  For the girls who continue within the sport, we are noting continuity through the school series with the girls moving from elementary school to high school and continuing to compete in the sport.

In the multisport series, one girl showed great promise in the sport: Lily Stauble. Lily came from a football/waterpolo background and was able to dominate the girls’ age group from age 14 to 19 years and managed to qualify for the PanAm juniors in May 2016.  Lily’s success has encouraged other girls from her all girls high school to participate in the sport and today many of them still compete at some level.

Three such young women are Rachel Grosberg, Kirsten St. Omer and Noa Shepherd.  These girls were introduced to the sport through their school triathlon club and participated in the first secondary schools multi-sport event in July 2015. They all compete in the Sprint triathlon distance and are vying for a spot to represent Trinidad & Tobago at the Youth Olympic Games in 2018 in Buenos Aires, Argentina.  These girls have grown to appreciate the hard work that it takes to manage the sport of triathlon, as well as an equally hectic school life.  We see them excelling as they develop in the sport and are looking forward to them competing in international events such as Commonwealth Junior and CAMTRI Jr Championships.

In 2008, there were 9 women ( out of which was 1 junior, age 17yrs) who participated in the National sprint distance triathlon versus 16 men. The total number of participants was 25 athletes.

In 2016, there were 4 junior girls in the National Sprint Triathlon versus 8 junior boys.  The total number of participants in this event was 106 – (65 men versus 41 women, inclusive of the 4 junior girls).