Ahead of the Sharm El-Sheikh Arabic Open Championships, ITU held both a Level 1 Club Coaches Course, as well as a Community Level Technical Officials Community Level Seminar. Milos Petelin (SLO) facilitated the coach’s course, while ITU’s own Enrique Quesada (ESP) led the technical official’s course. The courses were well supported by the African Triathlon Union, as well as Egyptian National Federation, with Executive Board Member Ahmed Nasser managing many of the preparations.

The coach’s course was held from March 18-21 and enjoyed participants from Egypt, Palestine, Iraq and Libya. The attendees received intense instruction for three days on training, planning, outreach and development. The course concluded with a Level 1 club coach exam to certify the participants.

Petelin greatly enjoyed the experience of working with Arabic countries, saying “Both a younger and an older, experienced generation took part in the seminar with enthusiasm and passion even though it was a really intensive three-day course that ended up with a written exam. I was satisfied with the outcome of the course and I am sure that the first steps have now been established for the future.” 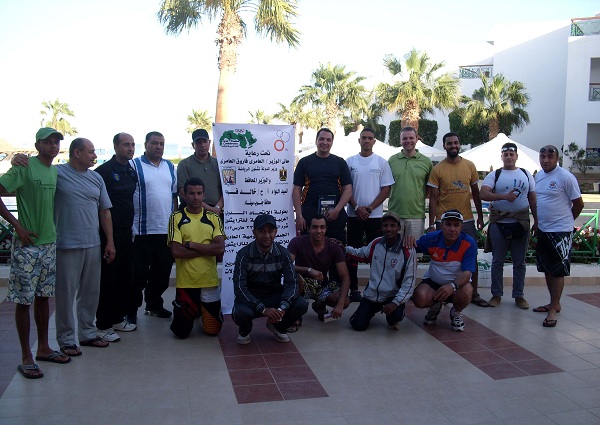 Many of the same attendees also participated in the technical official course, which was held from March 20-21. Participants received in-class instruction, as well as applied their new-learned knowledge to practical application at the Arab Championships.

Additional development projects are planned for the coming year and will be announced as soon as they are finalized.