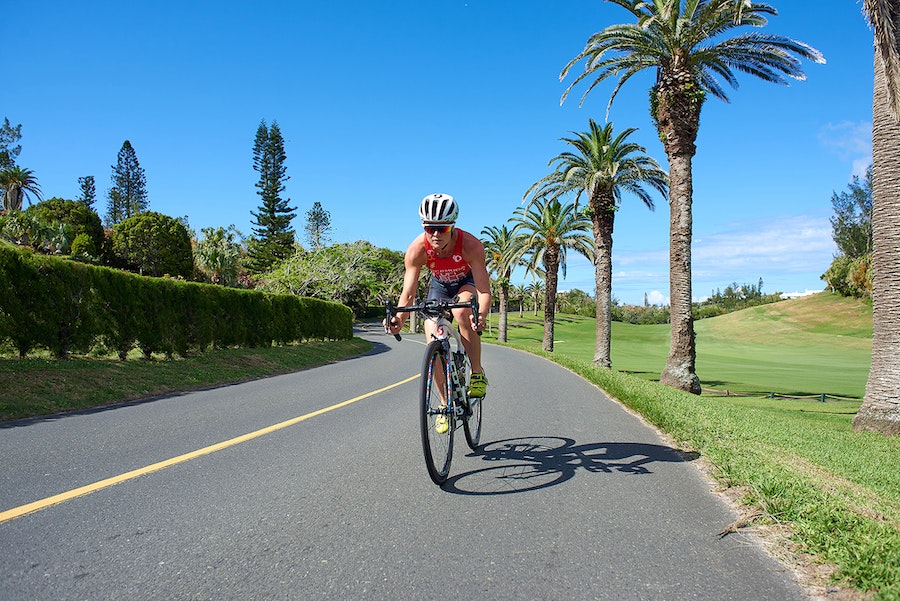 The global triathlon spotlight will shine on Bermuda in April when it hosts the ITU World Triathlon Bermuda, showcasing the island’s natural beauty, temperate climate and warm island hospitality. Bermuda, also home to two-time reigning World Champion, Flora Duffy, will be hosting for the first time ever a WTS event and has already some stunning courses to welcome triathletes from all over the world.

The Local Organising Committee of the international sporting spectacle revealed the race courses for both the Elite and Age Group races within the event. Both races will take place on Saturday April 28 during the Bermuda Triathlon Festival Weekend (from Thursday April 26 to Sunday April 29).

Both courses start and end in Bermuda’s capital city, Hamilton. Competitors will first swim in the crystal-clear waters of Hamilton Harbour, then bike through hilly terrain and finish with the run alongside colorful buildings on city streets. The central location of Hamilton offers great viewing for spectators and several significant technical challenges for athletes.

One of the highlights of the bike courses will be hundreds of athletes pumping their way up Corkscrew Hill in a grueling steep effort. This is a short, steep hill with hairpin curves, and is the signature challenge of the course, offering athletes an opportunity to test themselves while still being achievable.

It is anticipated that hundreds of people will participate in the Age Group event, including those doing a triathlon for the first time. Organisers welcome sportspeople of other disciplines to register and train for the April event, which does not require a qualifying time.

The reigning ITU’s champion, Flora Duffy, is in fact eagerly looking forward to racing at home: “The course being along Front Street is very special for me. This is where I started, in the Front Street Mile at nine-years-old, and I was inspired to compete internationally. To be competing as the World Champion on home soil, is a feeling that’s hard to express.”

Flora has also called for athletes and volunteers to register online from today: “The online registration is open at www.tribermuda.com. I encourage anyone who is not racing to register as a volunteer now. These events take enormous effort to organise. As athletes, we can’t appreciate enough the support of those who give their time and become involved.”

City of Hamilton Mayor, Charles Gosling said: “We welcome the ITU’s World Triathlon Series to Hamilton, it’s an honor to host an international sporting event of this scale and we look forward to the positive impact it will have on Hamilton businesses and residents. We are particularly proud of Flora Duffy, Bermudian born and bred, who has represented Bermuda in the Olympics and is the ITU World Triathlon Champion for two years running. We look forward to all of Bermuda coming out to support her on home soil.”

7th November 2021, still feels like yesterday and the memory of the 2021 World…
The elite fields were stacked heading into the race finals of the 2021 Europe…
World Triathlon President and IOC member, Marisol Casado, has held a round of…
more news →