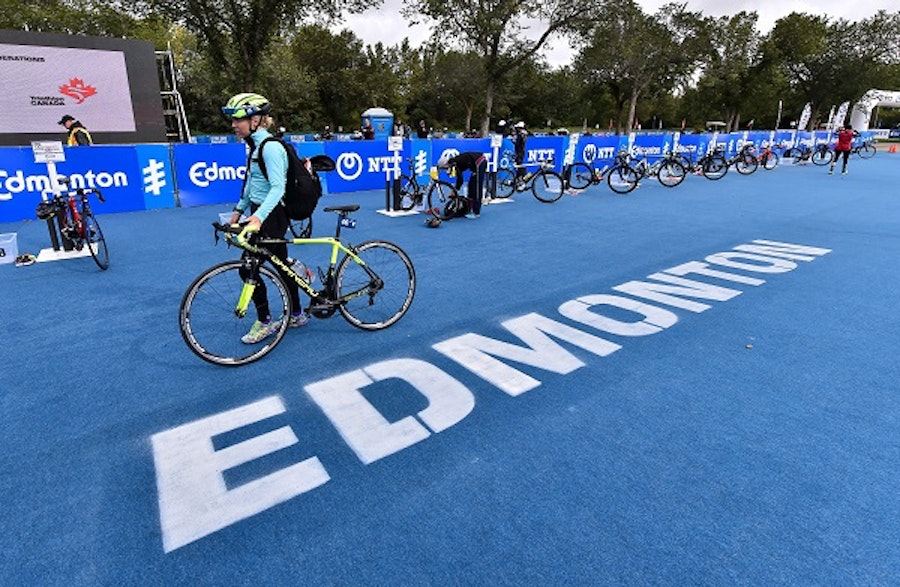 The International Triathlon Union (ITU) today named Edmonton as the host city for the ITU World Championships Grand Final in 2020.

“Edmonton has been a staple city on the ITU calendar for many years,” ITU President and IOC Member Marisol Casado said. “The city provides unprecedented support to the event, while the local organising committee offers an exceptional experience for both elite and age grouper athletes. It will be a fantastic place to end the 2020 season after the Tokyo Olympic and Paralympic Games.”

The event will mark the third time Canada has hosted the World Championships with Edmonton having organised the race in 2001 and 2014. Edmonton was also the site of nine world cup events, and has hosted a stop on the World Triathlon Series every year since organising the Grand Final two years ago.

“Building on the success of the 2014 Grand Final, I am confident Edmonton will bring the same expertise and excitement to the 2020 ITU World Triathlon Grand Final,” said Mayor Don Iveson. “We look forward to continuing the growth of Edmonton as Canada’s triathlon city, and our organizers, volunteers and fans are ready to welcome participants, their families and spectators to our city.”

Last year, Edmonton welcomed paratriathletes for a World Paratriathlon Event, which they will do again in 2017 as host of a stop on the World Paratriathlon Series. In December of 2017, Edmonton will also welcome the final ITU Executive Board meeting of the year alongside the fourth edition of the ITU Science and Triathlon Conference.

“Hosting major events is critical to the growth and future success of our sport in every corner of this country. The Grand Final is the premiere ITU triathlon event, so this is a huge victory for Canada, and an exciting day for our sport,” said Triathlon Canada President Les Pereira. “Edmonton has a rich history in staging world-leading triathlon events, and as a result, has ignited the Olympic and Paralympic dream for many of our elite Canadian athletes who have watched the world’s best compete at Hawrelak Park in past years.

“This is a true recognition of the great teamwork that has been developed between our organization and the various branches of the City of Edmonton,” said Don Lowry, the Edmonton World Triathlon Board Chair. “It was very positive having Lindsay Harrison of Edmonton Events as part of our presentation team, and ITU clearly recognized the key role that the City has played through our staging of 15 annual international events, including two decision-making finals.”

The 2017 ITU World Championships will be held at the Grand Final in Rotterdam, followed by Gold Coast in 2018 and Lausanne in 2019. In addition to the Edmonton announcement, Bermuda will join the ITU World Triathlon Series for 2018-2020.

Official dates for the 2020 World Championships will be confirmed and announced as soon as possible.