Capturing the heart of a Champion: #TriEveryDay with World Triathlete Ken Lewis (USA) 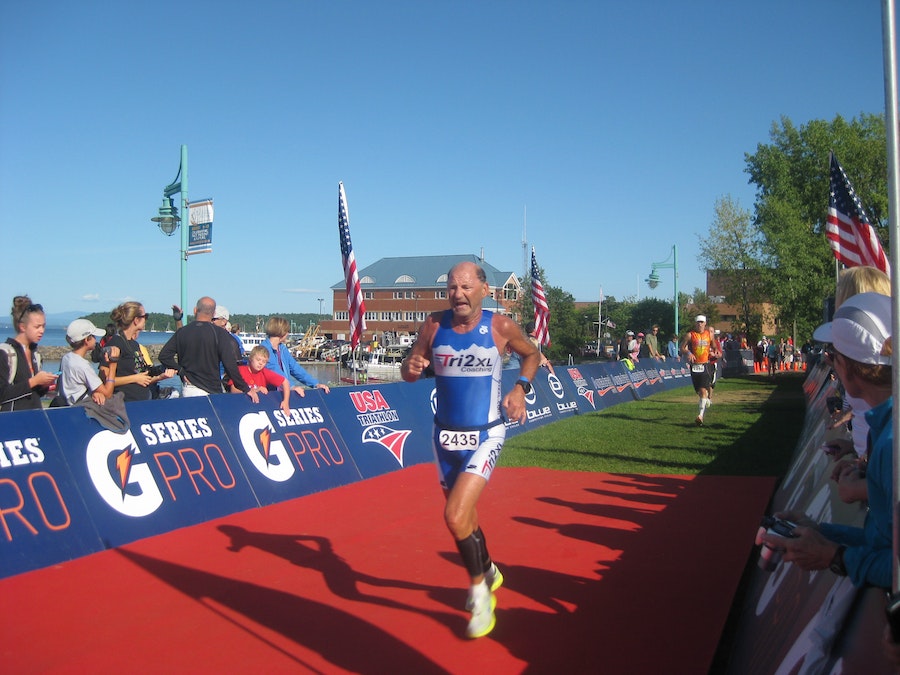 A coach and longtime triathlete and duathlete, meet USA's Kenneth Lewis, age 74 and his inspiring story of competing in the sport despite being diagnosed with congestive heart failure.

Having the heart of a champion takes on a whole new meaning when you are dealing with a heart condition. At 74-years old, Kenneth Lewis knows that to be true after being diagnosed with congestive heart failure. However, despite a prognosis that would leave most people feeling limited in their abilities to carry on an active lifestyle, Lewis has instead used his condition as a motivator and has learned to adapt so that he may continue competing in the sport he loves, Triathlon.

Lewis was introduced to Triathlon while living and working in England in the early eighties. While he was an avid runner and trained for marathons, a new sport came to the country that combined his love for running with a few more elements such as swimming and cycling. In fact, Lewis competed in the first three triathlons that were ever held in England, which were long-distance courses.

While Lewis never the urge to compete in the sport professionally because as he likes to describe himself, “I am one of those guys who just keeps plugging, but never had that real high natural talent,” he fell in love with the sport and continued competing throughout his life.

It was then in 2006 when the sport impacted his life in a different way. While racing and leading in his Age-Group category, he noticed as he was nearing the finish line that he was more exhausted than normal but couldn’t understand why. He then jogged to the finish line, won his Age-Group title, but decided he needed to go to the hospital. It was there that he learned that he had had a heart attack during the race, even though he earned the gold that day.

Since that time, Lewis has had seven stents placed in his heart. But while being diagnosed with congestive heart failure could have been the excuse to hang his triathlon suit, Lewis instead decided that he would not let the condition limit him.

“When you have a heart condition, exercising and training allows normal life to be normal. If I did not train, then walking up the stairs would be exhausting,” Lewis says. So, with the guidance of his doctors, he continues to compete in Triathlons and Duathlons.

Now, Lewis even aids his Triathlon experiences into coaching.

“If you are a coach, you have been a coach your whole life. So, I have been a coach my whole life, not officially, but whenever I knew something I would pass it along to another athlete. Then about ten years ago, I said ok I will do some formal coaching.”

Currently he has about 10 athletes in his coaching program, including Adrienne Leblanc (USA), who won the Age-Group World Championship in her division in 2015 and 2017.

Coaching has allowed Lewis to share his passion for the sport and to continue to be involved in the Triathlon community. A community that brings the type of people together that understands the desire to keep training despite having a heart condition. Or the type of people who understand that isn’t just a lifestyle, but rather a way of life that involves working hard, staying committed and overcoming obstacles along the way.

“Most other sports are single sports, so running, cycling, swimming but triathlon you have to do all three. So it is not often that you have a natural talent necessarily to come into triathlon, you have to put the work in. That is what I like about it, people put themselves out there, they are willing to do the work, get up early, do the running or the cycling or whatever and then go to work or look after a family and I just enjoy those type of people.”