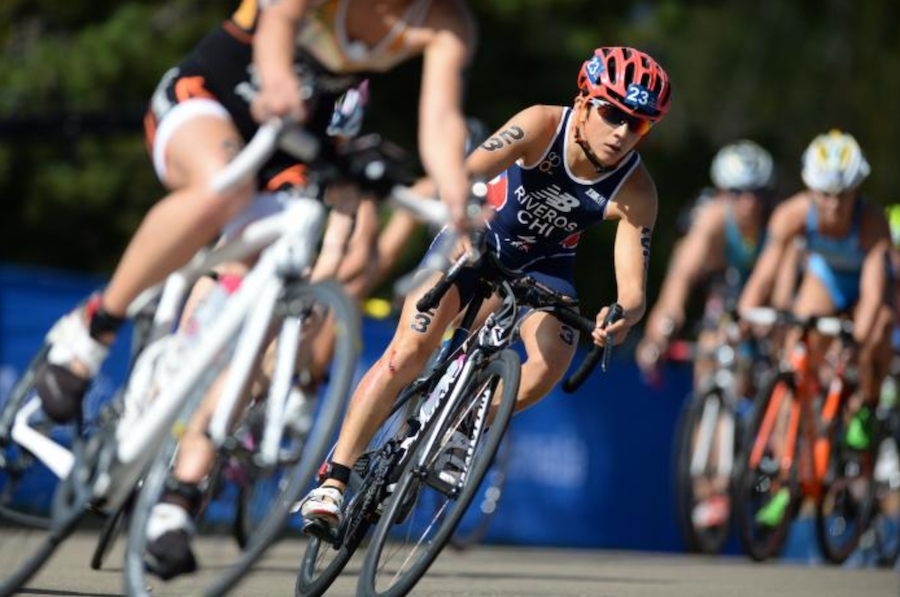 The flame for the 3rd Summer Youth Olympic Games in Buenos Aires, Argentina, was lit today in the Panathenaic Stadium in Athens, Greece, marking the start of the Torch Tour, set to travel across the whole of Argentina. For September’s coming celebration of sport, Chilean triple-Olympian Barbara Riveros will be among the Ambassadors ready to impart her pearls of wisdom and experience on the young athletes, a woman who made her own inspirational journey to becoming Sprint World Champion. Working alongside her will be Israel’s Ron Darmon.

Riveros’ three Olympic appearances have seen her finish 25th in Beijing 2008, 16th at London 2012 and 5th at Rio 2016. That progression has left the 30-year-old hungry for a fourth successive Games appearance at Tokyo in 2020, a remarkable achievement for someone who only discovered sport through her physician father’s encouragement.

“As a kid I never used to have that Olympic dream but my dad encouraged us as a family to get involved. Triathlon became my passion until suddenly I was doing it for me, not because someone else wanted me to.”

Such is the sense that the unbridled enthusiasm that has been the hallmark of Barabara Riveros’ career has been sourced from an inherent battle to succeed, consistently setting short-term targets to achieve her long-term ambitions.

“Prior to my first Junior World Championships in Gamagori in 2005 I had failed to finish a race in Colombia. My coach turned her back on me. From then on, I received no help from the national set up in Chile but my dad supported me, helped me regain my confidence and compete. I finished 9th there and afterwards a coach gave me his card and said I should consider joining the training programme in Australia.”

That affirmation that Riveros was indeed good enough to compete at a higher level was the next major catalyst. The decision to move to Australia a year later was huge, not least having to tell her father that she was putting her studies on hold to pursue triathlon full time. “Each time you reach a new level, you just want to go higher, not just maintain. I knew I couldn’t achieve my best if I stayed within Chile, but when I said I wanted to move it was of course a big shock for him.’

Help came in the form of the ITU Development Programme, which was able to step in and help Riveros’ development by subsidising her coaching fees, but the reality of life abroad still presented its challenges.

“It was a big thing for someone like me from a conservative background in Chile to halt my studies and do this, but it was an opportunity I had to take with both hands. My dad warned me how alien the culture would feel to me and, to be honest, he was right. I had to learn English, learn to open doors for myself and to be open to new situations, but that adaptability obviously became useful in a sport where I have competed all around the world.”

Now a veteran of three Olympic Games, the Chilean admits she owes a lot of that success to her first Australian coach Jamie Turner. “He told me what I needed to do to reach that next level, when me and my dad thought I should race but I wasn’t 100% fit it was Jamie who told me I needed to think longer term.”

As for the Youth Olympic Games, an event that didn’t exist when she was coming through the ranks as a junior, Riveros is excited about being involved and having the opportunity to mentor the next generation of talent.

“Of course I want to bring something to these kids, in the way people did for me in the past. My underlying message is always that it doesn’t matter what you do, if you’re a doctor, an athlete or whatever, you do it from your heart and with passion. You do it the best that you can. Society will try and tell you where to go or point you down a certain path, but if you do what you do with passion, then that is a very powerful thing.”

The Buenos Aires 2018 Torch Tour will officially kick off on 5 August, when the sacred flame arrives in La Plata. The flame will travel 14,000 kilometres on a two-month journey that will finish at the Obelisk in Buenos Aires for the opening ceremony.

Discover more about triathlon at the 2018 Youth Olympic Games here.