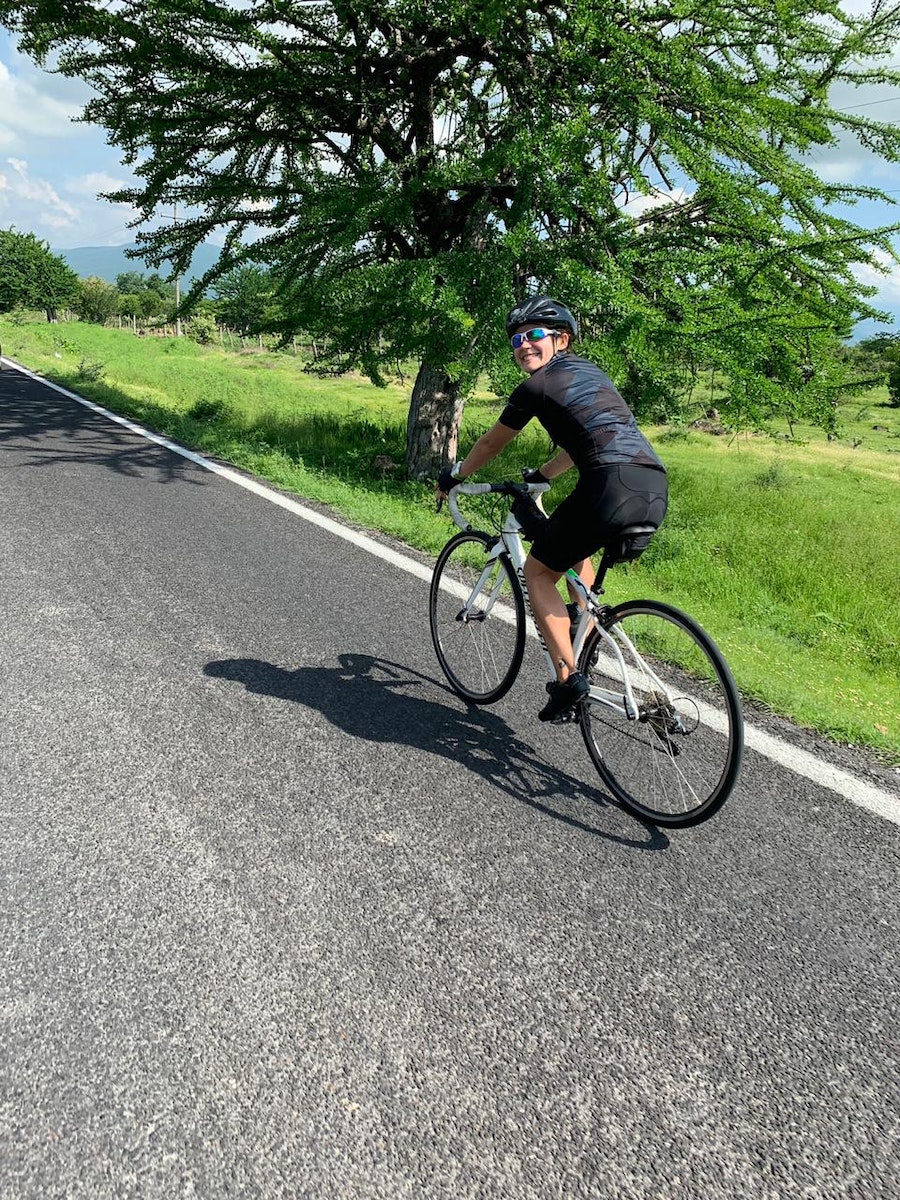 Ana Paula Duran, from Mexico, was inspired into triathlon through a friend. Four years on and Ana is heading to the Olympic City of Lausanne, Switzerland, to represent her country at the 2019 World Triathlon Championships, among the top age-group triathletes globally.

What started out as a fun hobby has now become a lifestyle and Ana is thriving across her triathlon journey. Mixing up training with three disciplines of sport keeps it fun and interesting and training in a club environment in Mexico City (Mind2Motion), under the guidance of renowed coach Claudia Beristain, ensures for consistency during training and team motivation. Finding the harmony between work, life and training as an age-group triathlete is challenging but equally rewarding for Ana.

Ana Paula Duran is about to embark on the journey to Switzerland, for the ITU World Triathlon Championships, to soak up her first World Championships experience.

How did you get into the sport of triathlon?
“It was about four years ago when I tried triathlon for the first time (sprint distance). One of my best friends just finished a level 1 triathlon coaching course in Mimi and he asked me if I wanted to train with him. And I thought, since I took swimming lessons when I was little, went to school almost every day by bike and my running was ok, that it shouldn´t be that hard.”

How did you get introduced into a triathlon club and how would you describe the comradery within the club?
“Once I started doing triathlon I came to realize that more friends were doing it too that I didn´t know about. One of them was already in a club (Mind2Motion) and introduced me to Claudia, the club coach. Her husband, who is sort of the club manager, invited me for lunch and explained the whole training system and the team identity and principles, with which I sympathized immediately. Claudia and her husband are really warm and kind, so they´ve managed to lead a group of athletes who appreciate the team values such as companionship. They believe a good athlete trains a lot, but a better athlete balances the training with social life. Continually after a training session or a competition we make a little social event were we get together, eat and have fun, which make the teammates get to know each other and therefore get along.”

Have you raced at a World Championships before?
“No, this will be my first time.”

What are you most excited for?
“Hard to tell. I think perhaps competing with other country age groupers. In my age group there are over 20 different nationalities. But another thing that I´m really excited for is that I´ll get to watch the male and female elite Grand Final races.”

Why triathlon?
“I think it goes well with my personality. I get bored easily and with triathlon that never happens. Training days are very different along the week. One day I may swim and bike, the next day run and swim. And then again, within each run, bike or swim, sessions are very different. Triathlon is a very beautiful and elegant sport. In Mexico is growing more and more, which makes local competition events more interesting and fun. Also, part of a triathlete lifestyle is to travel, so you end up going to beautiful places you may not get to know otherwise, such as for me, now, Lausanne. “

What advice would you give other age-group triathletes who want to take it to the next level?
“My (inexperienced) advice would be to be really sure about it because is not as easy or as fun as it sounds. It’s definitely hard work and you have to accept the things that comes with it. You might get tired of training hard and therefore be sleepy, hungry and cranky all the time. Or you might get injured, or be stressed for all the expenses involved in training and competition (which are quite a lot). So just be ok with the sacrifices you have to make and enjoy the ride doing the best with what you have. Sounds corny, but it´s true.”

Follow the age-group athletes and races LIVE on www.TriathlonLIVE.tv | #WTSLausanne.