Athletes in the Pan American Games developing triathlon for the future 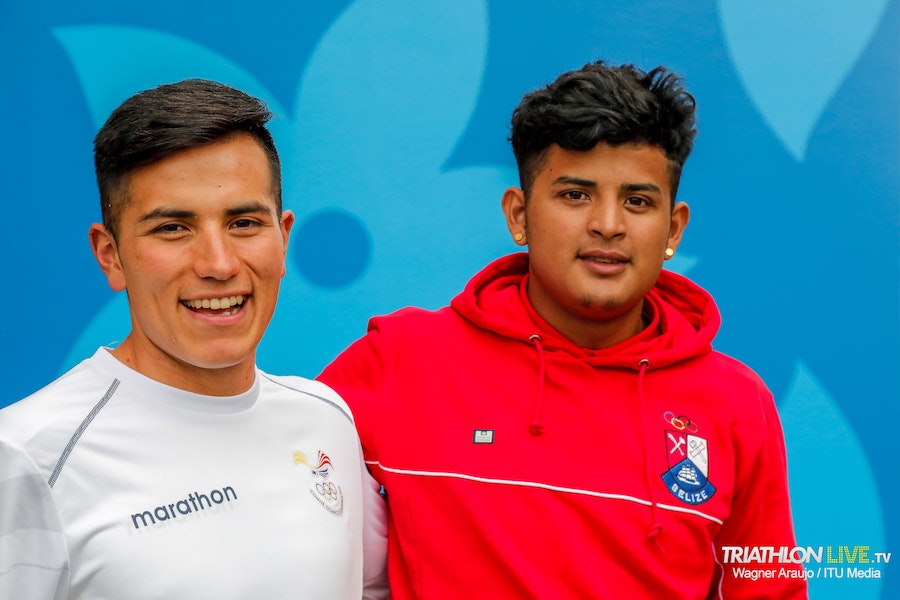 The Pan American Games attracts top athletes across the Continent while also offering athletes, from emerging National Federations, with the opportunity to race on the world stage. 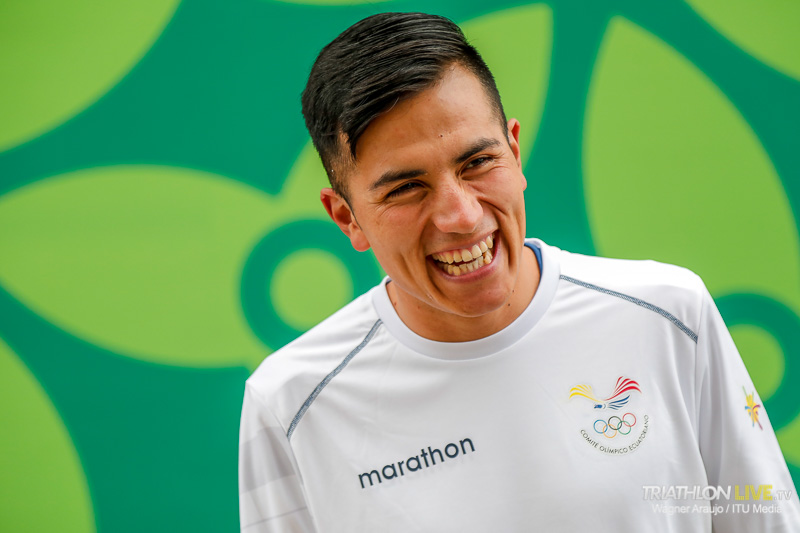 “It’s the most enjoyable thing being here in the village because you have all your friends wearing their national uniforms. Seeing everyone else from Ecuador in the same building, wearing the new uniform and asking each other when they’re competing and wishing each other luck. It’s really exciting.”

“We put a lot of focus on this part of the season because we have a lot of very important races.”

“I have learnt a lot since my first Pan American Games. At the 2011 Pan American Games in Mexico, I just went for the experience and try to do the best race I could but unfortunately it was a very bad day for me. I didn’t finish the race. I learnt a good lesson, I think my biggest lesson. I said to myself that in four years I want to be back trying to do a much better race and I did that in Toronto. Four years later I am back here with the possibility of doing even better than when I raced in Toronto. I know that in a good day, I can put together a good race if I do the right things and I hope to do that tomorrow. It all depends on me.”

Quote: Believe in yourself and trust the process. 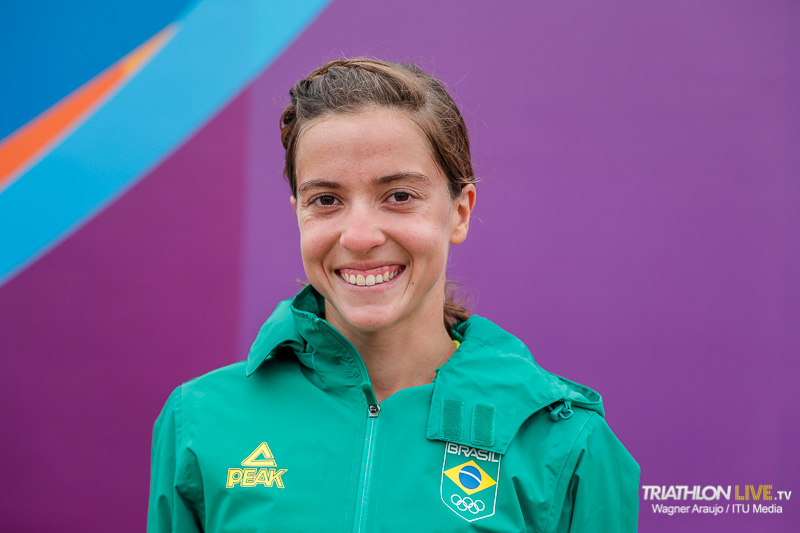 “I am so excited as it’s my first Pan American Games. I am from Brazil and I love to represent my country. I am so happy.”

“I have been training in Boulder with my group and I am excited to race here.”

“Luisa (Baptista) from Brazil, Barbara Riveros from Chile and Elizabeth Bravo from Ecuador will be ones to watch tomorrow.”

“It’s my first village and I am so excited to see other sports and different people, I am just so happy.”

Quote: Commit with your goal. It doesn’t matter where or how you start, as long as you setting an example to yourself.  To be sure of what you want, know where you’re standing and be realistic. 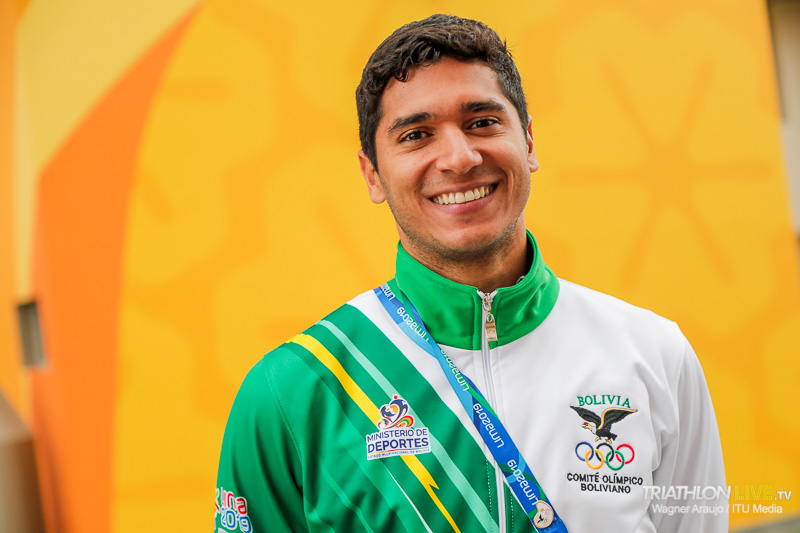 “This is my first Pan American Games. I have been in the South American Games but in swimming. It was almost 10-years ago and before I changed to triathlon.”

“One of my dreams was to qualify for the Olympics in swimming and after 2012 I finished university so then I decided to make a change in my life. I started to work and I left completely all the swimming training and competition. Because of a group of friends, they introduced me into triathlon and it took 2-years to train and try to compete at an international level.”

“I work on the family business outside of triathlon and I am also married with a 1-year old daughter.

“The key to success is to be conscious and realistic with your goal. Because I started triathlon at 27-years old so I have to be realistic. I had the opportunity to make the transition to triathlon so the commitment you have to make with your family and all of your inner circle has to respect the idea. My family has always been there for me.”

“To be able to come here and compete and be the only one from my country in the sport is so special. I hope to be an example for all of the young kids who are beginning the sport. For me it’s not about the result or the position I come in the competition, it’s about setting an example.”

“I was pretty nervous until I got here but I am really enjoying being a part of it. Now I just feel happy to be here.”

Favorite quote would probably be something simple like: ‘trust and enjoy the process’ 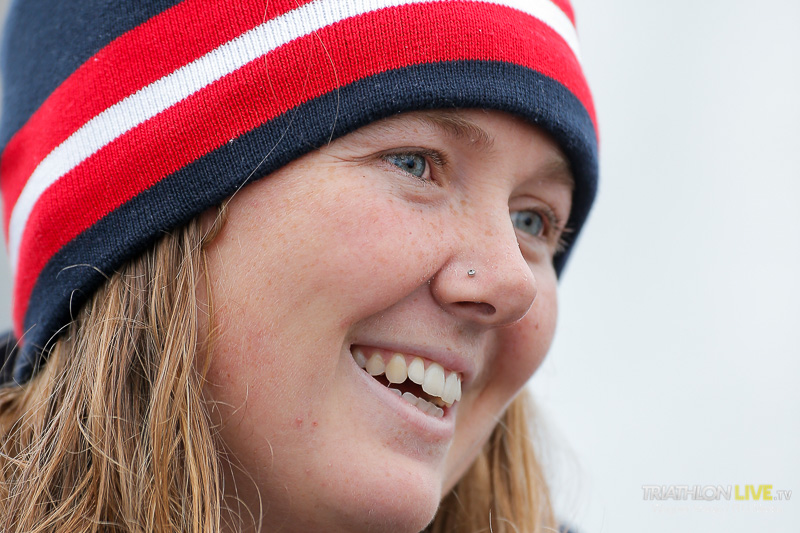 “I’m super excited to be in Peru and compete at my first Pan American Games. Last year I was chosen to compete for Bermuda for the Commonwealth Games, so I got a taste of what ‘village life’ is like at a games. The experience can be a bit overwhelming but after being exposed to this before, I’m more comfortable in this environment and know that’s it’s important to keep relaxed and go with the flow .”

Quote: Experience will help me chase my dream

“I feel very proud to be here at the Pan American Games with some of the best triathletes of the Americas. During the year, thanks to the Dominican Federation, I have had the opportunity to race and improve my skills across the disciplines. I prepared for the Pan American Games in Cuenca, Ecuador, in an altitude training camp, thanks to CAMTRI. I had the opportunity to share my experience with athletes from other nations.”

What I am enjoying mostly about the Games is to meet athletes from different countries and sports. All these experiences will help me chase my dream”

Quote: “Train hard for what you want.” 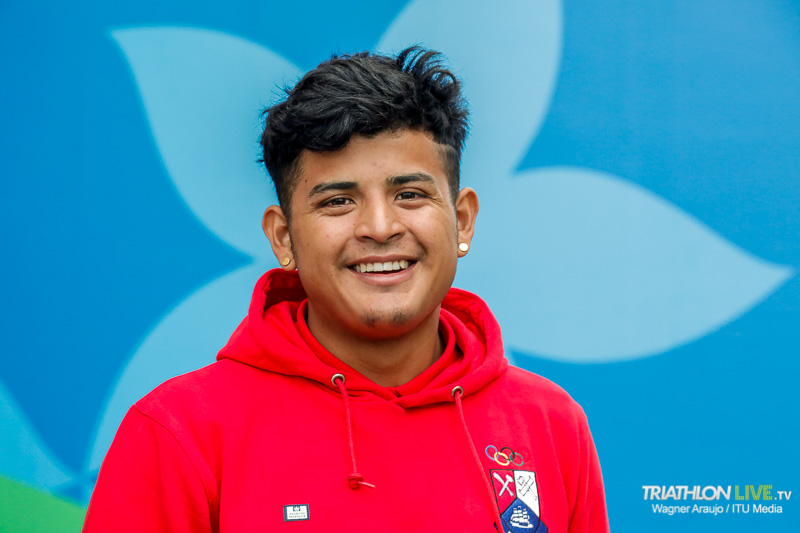 “I live on an island in the country of Belize and I had a cousin who introduced me to triathlon at the age of 13. He said it’s something not hard, he was lying obviously. Then I started doing small distances, races smaller than a super-sprint on my island only. From there, I kind of took it up and started working on the times.”

“Mostly it’s self-taught and a lot of YouTube videos. We don’t have an official coach, just one older guy that does cycling and he kinds of helps us out with everything he can possibly help us out in. The first time I had a coach was in Ecuador about two-weeks ago on a training camp. That’s the first time I have felt what it feels like to have a triathlon coach. It felt great. It was something really new and I really enjoyed being there. Although they speak a lot of Spanish and I am mostly English but it’s something that I really enjoyed being with other athletes and coaches. They really look out for you.”

“Being that the sport is really sport in Belize, it’s something that my family push me to do but only to a certain level as they know it’s very hard to develop in my country but they are very supportive of me.”

“It feels great to be representing my country, especially being in a Games where no-one from Belize has ever finished a race at the Pan American Games. It’s great seeing so many different athletes around the Village and knowing that most of them are in top shape for their country so it’s really great being around them.”

“I am feeling really good now that I have previewed the course. I am pumped up and ready to go.” 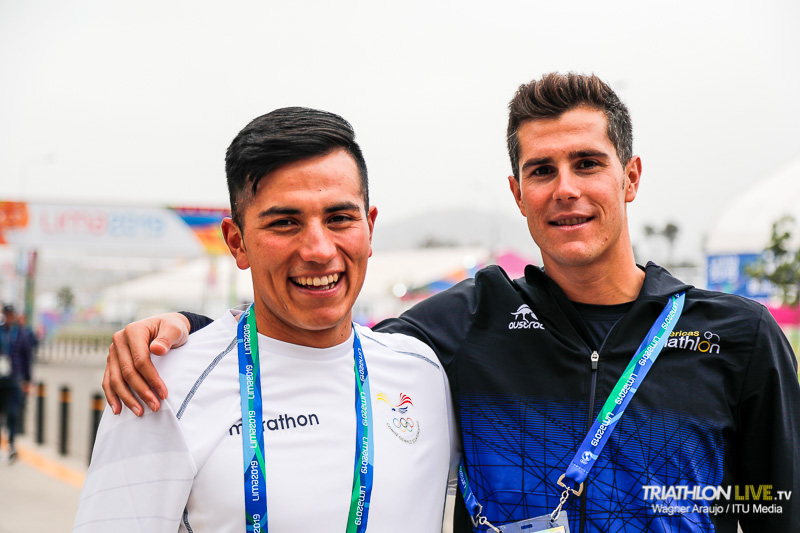 “Some of these athletes have no support, no coach, the goal of this development program, like the camps, is so that they improve performance, enjoy the experience with other athletes and they enter the Pan American Games confident and prepared.”

“Normally most of the athletes who come to the development camps come because they can’t train like the full time professional triathletes. They have other commitments in their life – work, study, family or don’t have the training facilities available to them. When we work with them the goal is that they come to an event like the Pan American Games as prepared as the rest of the field.”

“Normally we work 3-weeks with the development athletes at altitude to improve their performance and now they are confident because they meet other athletes and they train together. It’s a great opportunity for them to be involved in this activity of triathlon development. Coming from an emerging nation their preparation is totally different from other developed nations in triathlon.”