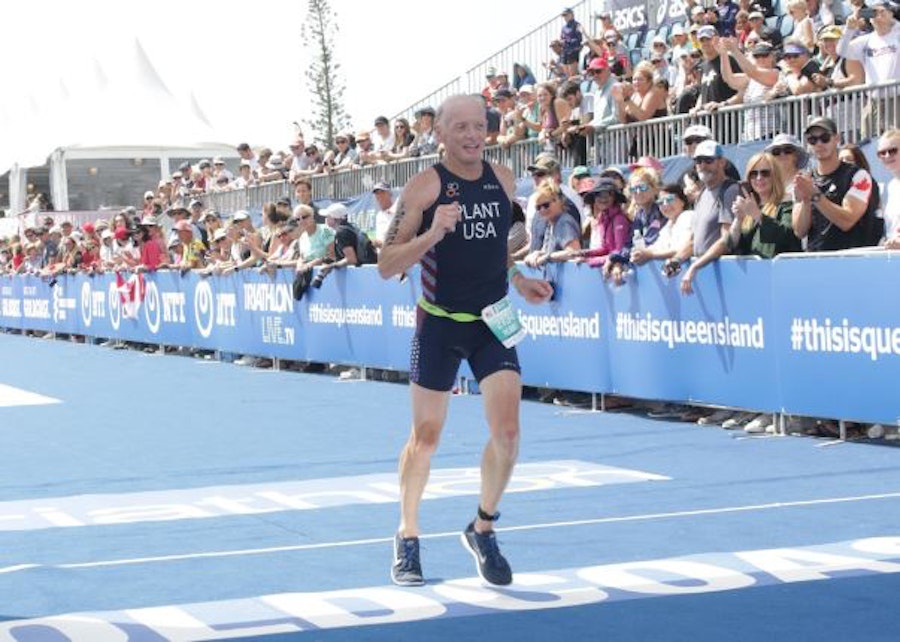 World Triathlon Sports Results Director Enrique Quesada and the Sports team continue to collect historical World Triathlon data and manually work through the archives of results, across thirty years of the sport, to verify and update the official results online. The spotlight is on World Triathlon age-group legend Robert (Bob) Plant, representing USA Triathlon, who was identified through an impressive list of results as an amateur triathlete.

“I have incorporated triathlon into life for over thirty years. I enjoy the opportunities it provides to travel, race, meet new friends”

78-year old Bob Plant shares his personal story across World Triathlon. After being a timing volunteer at the iconic IRONMAN race in Kona, Hawaii, he was inspired to give triathlon a go. The following year Mr Plant qualified to represent USA on the world long-course stage and managed an impressive 5th place in his age-group. This was the start of his love for the sport of triathlon, he then qualified and represented at the World Triathlon Championship on the Gold Coast, Australia, which would continue onto the present day. In 2018, Mr Plant secured the top spot on the podium at the World Championship race in Queensland’s Gold Coast, a career highlight for the American age-group triathlete.

Mr Plant shared that through his age-group triathlon efforts his family have become inspired fans of the sport. He also called out the race volunteers as the silent heroes and despite having elite idols, calls the age-group triathletes the real heroes in his opinion.

Bob Plant: “My buddies suggested I get into triathlon. Up to that time, I was just running, 10km and marathons. It sounded interesting so I decided to try it. I thought I could swim but after my first attempt of four laps in the pool, I was anaerobic. Thus began the long and continuous journey to become a swimmer. I bought a road bike and adapted it to do triathlons. “My first World Championship was in Kona, Hawaii, 1990. In 1989, I was a timing volunteer in Kona for the ‘Iron War’ between Dave Scott and Mark Allen. That got me very excited and motivated to do the race. I qualified the following year and managed a 5th place finish in my age group.My first World Triathlon Championship was Gold Coast, Australia 1991. They put on a great race including the bagpipers. I have competed in all three of the Gold Coast Championship races. Best finishes were 1st and 3rd.”

World Triathlon: In your opinion, what has changed in the sport over the years?
BP: “Races have become more organised and seamless over the years. World Triathlon and local organisers do an outstanding job, considering all the things that can go wrong.”

WT: Race highlights?
BP: “There are two highlight races. Both came in 2018. After multiple World Triathlon podium finishes, I finally won the World Championship in the Gold Coast. That put a big smile on my face at the finish line. I have to say that the 2018 Ironman World Championship in Kona is the highlight of my career to this point. I have been fortunate to have five podiums in my five finishes prior to 2018.”

WT: Let us talk about 25 World Championship races.
BP: “I am proud to have been able to represent the USA at the World Championships and these years. Sometimes your performance is better than others are. As long as you know on that day, you did your best that is all you can ask.”

WT: What keeps you motivated?
BP: “It has to be the challenge that triathlon presents. It is a unique sport with many barriers to achieving your goals and dreams. It is a microcosm of life. The difficulties of triathlon help to handle other challenges you face in life. When to fall, get up, brush yourself off and keep going.
Stay positive. Meeting other triathletes that share your passion is something I look forward to in my travels.
I often take the initiative to start a conversation with another athlete. As they say, a stranger is a friend you have not met yet. Triathletes are like family. You meet many nice people with the same life style as you. Some become good friends that you look forward to seeing each year at the races.”

Bob plant likes to train by himself and at 78 years of age, has found the formula to balancing work and triathlon training, placing importance on staying injury-free.

BP: “I typically train by myself. Occasionally I share a ride with a friend. I try to focus on my agenda.
Working full time keeps me from over training. Training keeps me in shape to work. I always have been a minimalist when it comes to training. In general, I stress quality over quantity unless I am training for a long-distance triathlon. Listen to your body is a good rule of thumb. As my injury list can attest, it took me years to figure out the formula that works for me.”

Robert Plant’s definition of success is focusing on the best effort and commitment put in, rather than focusing on results.

RP: “Triathlon has taught me the value and benefits of an active positive life style both mentally and physically. Like many things in life, triathlon requires commitment, determination and hard work. Doing the best you can regardless of the result is my definition of success.

“You asked if I had heroes. There are the likes of Dave Scott and Mark Allen to name two. I admire them not only as athletes and coaches but also as kind and caring individuals. Both have helped me with training in my triathlon journey.”

“The silent heroes are the thousands of race volunteers. They make it possible for us to get through our day as smoothly as we can. A t-shirt and a sincere thank you is usually their only reward. They know we are grateful.”

“The real heroes to me are the age group athletes. They manage to put all the pieces of the puzzle together to participate in the sport they love. They and their families make the sacrifices to accomplish their goals. The age groupers make up the foundation of the triathlon pyramid. The fame and glory is at the top of the pyramid but without the foundation, there is no top. Mike Reilly recognises the age groupers and makes us feel special. Thank you Mike, you are a hero.”

“My all-time age group heroes are Dick and Rick Hoyt. The incredible father son team. If you are not familiar with them check them out, you will be inspired!”

“Without race directors, staff, sponsors, triathlete organisations we would not be able to participate in the sport we love. They dedicate countless hours and resources to make a great race experience. They are heroes as well.”

“As you can see, we are all heroes to someone. Triathlon is a unique family of individuals striving for similar goals. I feel fortunate to be part of the World Triathlon family and proud to represent the USA.” 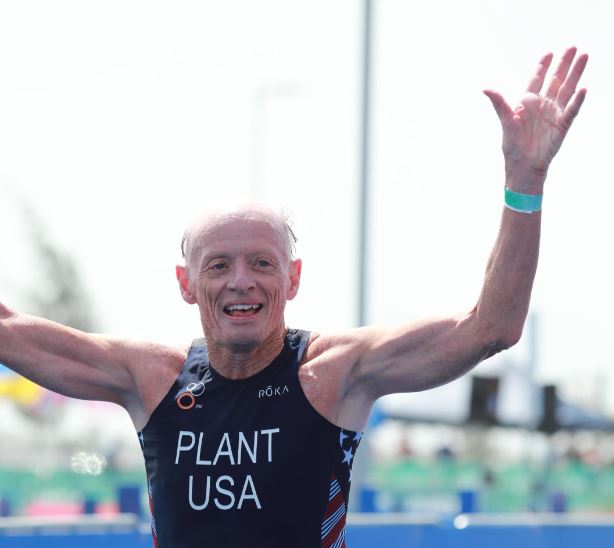